The Midas Cichlid, Amphilophus citrinellus, can grow up to 14 inches, and is an aggressive predatory fish. The Midas is bred in captivity and there are many different colors available. It’s coloration ranges from darker browns through to oranges and bright yellows and whites. The Midas Cichlid has played a big part in the cross breeding and proliferation of the Flowerhorn Cichlid. The Midas is often confused with the Red Devil Cichlid. 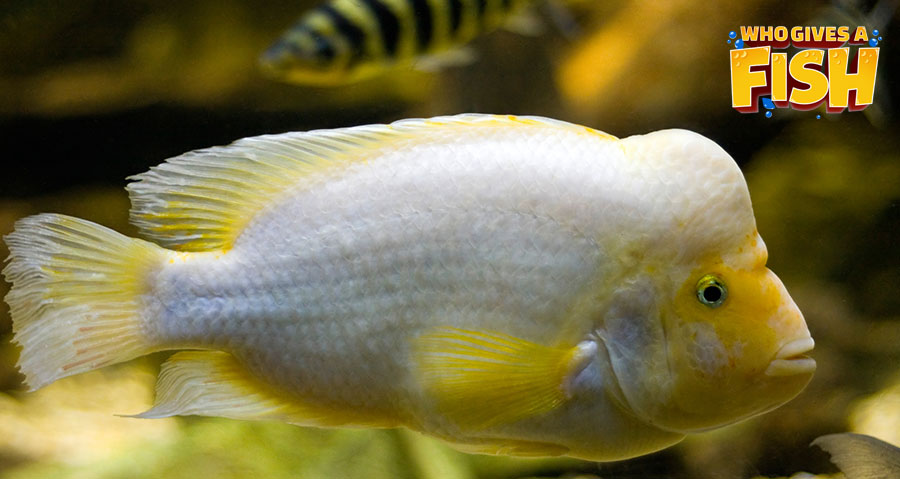 The Midas Cichild demands a large aquarium given the the size they grow to. They will become aggressive when the tank is too small to help in mitigating aggression and will attack and kill smaller fish.

If they breed in your tank, then you can look forward to even further aggression and deaths of other fish who dare to enter the breeding site. Providing good hiding places for other fish is essential as this will also help reduce aggression.

They will move your substrate and aquascape around, so you need to ensure all rocks and movable objects are securely in place and that any plants are anchored down well. Remember that these Cichlids get very big and will easily damage your tank if they cause rocks to fall.

You will need at least a 60 gal tank to house just one Midas Cichlid. While you can get away with more of them in a tank of that size, or indeed a smaller tank, they will quickly outgrow their space the the aggression will rise significantly. These Cichlids, along with many others from the Central American lakes, will usually claim approximately 4 to 4 inches in diameter around their territory. Keeping this rough estimate in mind, and over compensating for it when planning the size size and layout, will help you in aggression management. Water with high oxygen levels is important for their coloration and general well being, and nothing but excellent water filtration is a must.

These are aggressive Cichlids and will move your aquascaping to better suit their own requirements. They will also knock over structure when fighting in the tank and this will increase over time with their age and size. Ensure all movable objects such as rocks, plants, heaters and other equipment, are secured to the tank and impossible for the Midas Cichlid to move or damage.

Most plants will be stripped or pulled out of the substrate, however, multiple daily feedings of smaller amounts instead of just one or two meals, can help to minimize this behavior. It is also advised to secure the top of the tank to save them from jumping out as they will often try. 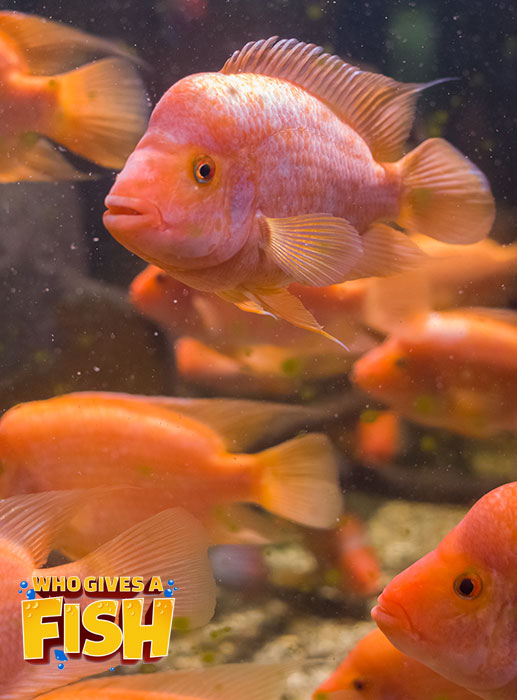 A school of red Midas Cichlids

The Midas Cichlid is fairly hardy, however, the aggression and size factors demand more experienced aquarist to be able to handle the aggravation they are capable of. Other than these two factors, this is an easy Cichlid to take care of.

Midas Cichlids are omnivores, and as such, appreciate treats of live and fresh foods to accommodate Cichlid specific pellet and flake food. Such treats can include, fresh and frozen worms, krill, and crickets. It is also encouraged to feed them slightly cooked dark leafy greens to keep them in optimal health.

Feed these Cichlids several times per day, but with smaller than usual amounts. This will help with not only the aggression levels, but also your water quality. Against common advice, we do not recommend feeding these Cichlids with too many foods containing high fats and proteins, as this will cause digestion problems often leading to death. 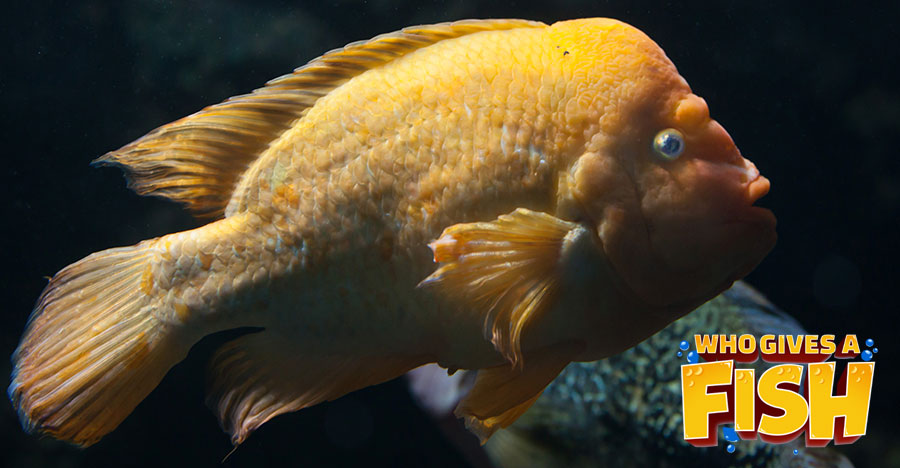 The Midas Cichlid will happily breed in captivity and will require terracotta/ceramic pots or flat rocks that they will clear and prepare for the eggs. Once a pair is around 5 inches, they will begin to chase each other around the tank and rub against each other. It has been noted on many different occasions, that the female will rub the side of her body along the males bump on his head. These dances and displays can occur for weeks before they eventually lay and fertilize eggs.

During this time, the male can become too aggressive and damage the female. It is important to separate them, preferably with a tank divider, until he calms down, however, the female can also be removed from the main tank if she is too weak to survive. She can be brought back to good health in a separate tank.

The female will lay her eggs in a row on the chosen surface and the male will fertilize them then and there. The eggs hatch on average, 3 days after being laid, and will be moved by both male and female, to a different area, most likely a prepared, dug out section in the substrate. They will be fiercely guarded and after 4-6 days, should be free swimming. Unhatched eggs will often be eaten by the parents or other opportunist fish.

Removing the fry from the male will cause problems and he will try to breed with the same or other females. The mother will usually be tired and susceptible to attacks from the male, so she can be removed and undergo a private recovery in a seperate tank, while the male looks after the fry.

As mentioned above, the Midas Cichlid is very aggressive and a predatory fish. Left in a community tank without any proper management, this Cichlid will dominate the tank and destroy any other fish inside its territory and line of sight. Several can be kept together if there is enough space, and they do well in pairs if the female is monitored.