Better known as the Pleco, Hypostomus plecostomus, is one of the most common fish found in the freshwater fishkeeping hobby. An extremely hardy specimen, the Plecostomus is often added to an aquarium as a clean up fish. This catfish spends most of its time sucking up algae and detritus from all areas of your tank, and is commonly added to help keep glass clean. 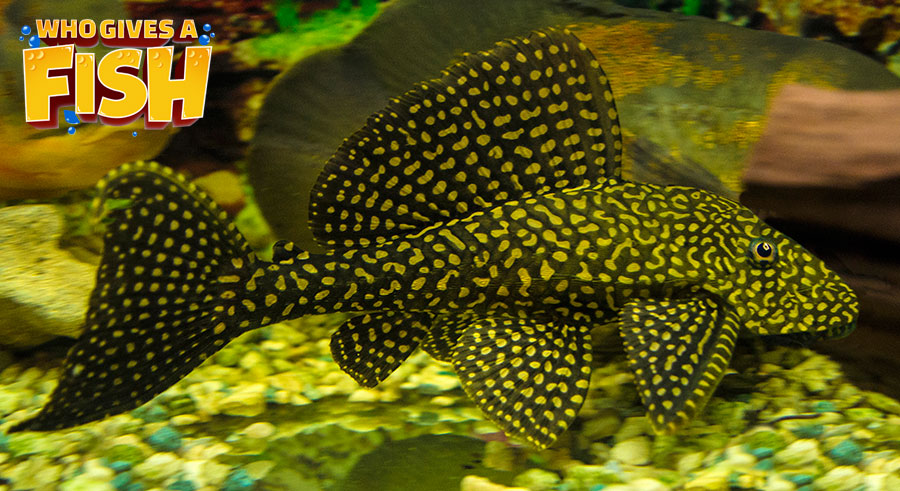 The most common example of a Pleco in a home aquarium is a light/dark brown fish with stripe patterns and dark spots. There are many different species which range in color, from dark varieties all the way through to the white Armored Catfish.

With a lifespan of approximately 10 years, they have been known to live up to 20 years, however, most beginners to the hobby do not realize their potential size. Many Plecostomus are large fish (over 25 inches!) and are commonly purchased in local markets and fish stores when they are juveniles. This can prove troublesome for the unsuspecting aquarist.

The Plecostomus is a fast growing fish and will quickly outgrow any small tank. A minimum of 50 gallons is recommended, however, this will be inadequate once the Pleco grows.

They appreciate good hiding areas, and logs and rockwork make good hiding areas. Most freshwater plants are also fine to keep in the same tank, and the Pleco will often keep these plants clean from algae and detritus. Wooden logs are also useful towards their diet as they assist with algae growth and act as a source of cellulose.

Young Plecostomus are adorable to watch

Keeping a Plecostomus is very easy. They are a very hard fish and will do fine in most circumstances. Obviously, typical water filtration and water changes are essential, however, other than aquarium maintenance, there are no specific requirements for the Pleco.

The majority of the Plecostomus’ diet is algae. They are often purchased for the purpose of keeping an aquarists tank clean. They will be more active during the evening hours but can still be seen grazing during the day, however, they will be more docile and quiet during daylight hours.

Additional food sources should include vegetable based flake and pellet foods, that have been soaked in water so that they sink to the bottom. Partly cooked dark leafy greens and vegetable such as peas and cucumber will also be nibbled on. Any additional feeding should take place in the evening hours when they begin to become more active.

The Plecostomus is a very peaceful fish that will get along with most other tankmates. They will sometimes chase other smaller fish away from areas where they are eating, however are generally fine and ignore most other fish. They can, however, cause problems by feeding off the bodies of other sleeping fish at night time such as Discus, so it is advised you monitor your other fish for any scratches or markings on their bodies.