The Torch coral, E.glabrescens is a beautiful coral that really stands out when compared to other specimens in the Euphyllia spp. It has lovely flowing tentacles that are straight without any branching, they are thin and long thus eliminating the need for any separate sweeper tentacles. Their tips will be seen in other either white, cream or green coloring – thus giving it its common name. It is also a branching species. 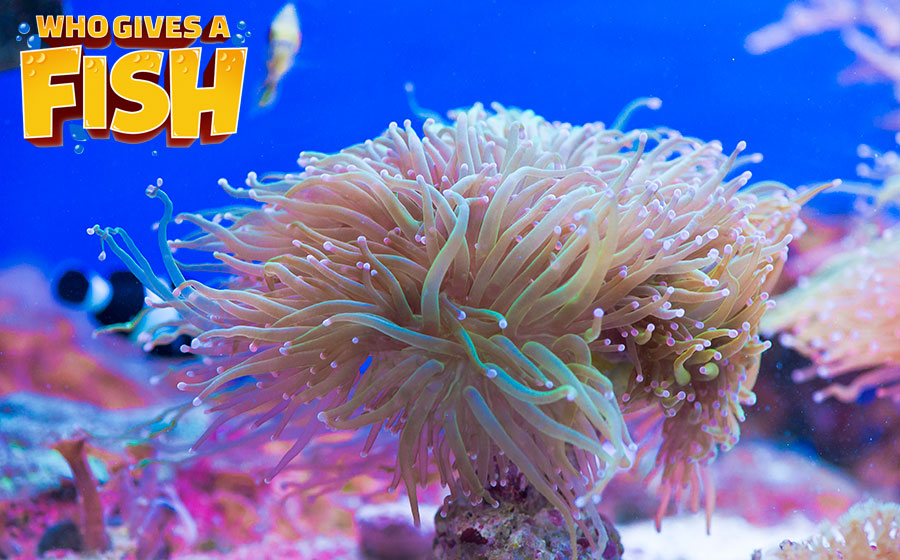 The Torch Coral with differ in coloration dependent on its location in the ocean. Some are seen as a grayish blue with bright green tips, some a chocolate brown color with white tips and specimens found in the Marshall Island will even been a mustard color.

They will be found forming large colonies in the wild with corallite walls forming on its outer edges. Polyps will extend fully during daylight hours and only partially at night.

The Torch Coral, E.glabrescens is known to be a little more difficult to care for than some other types found in the Euphylli spp., with regular and proper feeding ensuring its success. Like others found in this genus, they will be some of the first corals in your tank to indicate poor water conditions. It needs to be provided with the right lighting, moderate turbid water with plenty of flow to allow the passing of food. Ensure that any hair algae are kept away from it.

Torch Corals have been propagated in captive environments. They are not hermatypic corals so won’t contribute to the structure of the reef. It will take over 2 years for these colonies to repopulate in the wild and therefore there is a concern around the collecting of them from the ocean. Some countries have outlawed their wild collection. Breeding these in captivity will prove extremely important in supporting their wild status.

The Torch Coral is characterized more by the shape of its polyps that of its fragile skeletal structure. They will be found forming large colonies in the wild with corallite walls forming on its outer edges. Polyps will extend fully during daylight hours and only partially at night. These polyps have the ability to completely retract into the skeleton.

The Torch coral is a beautiful coral that really stands out when compared to other specimens in the Euphyllia spp. It has lovely flowing tentacles that are straight without any branching, they are thin and long thus eliminating the need for any separate sweeper tentacles. Their tips will be seen in other either white, cream or green coloring- thus giving it its common name. It is also a branching species. During feeding, their tentacles can elongate 2 – 3 times that of their normal length. Some of these colonies will grow to sizes over 3 feet (1 m). Their lifespan is currently unknown.

A healthy, well fed aquarium with live rock is required for the Torch Coral. Fish creating organic material will also be beneficial for them. It is recommended, as with all corals to have a mature tank before adding them.

The appropriate water flow is medium, as too strong of a flow will damage the polyps and cause them not to extend fully resulting in poor health and eventual death from starvation. Sufficient lighting is needed, which for the Torch Coral is indirect bright light. Do not place them directly underneath metal halides as this will damage their polyps leading to RTN.

Ensure that no other corals are able to come into contact with any of you Euphyllia. This coral can be aggressive, most often when they are feeding as their sweeper tentacles can reach out to 10” (25 cm). Feeding them on a regular basis will help prevent them from sweeping too far. 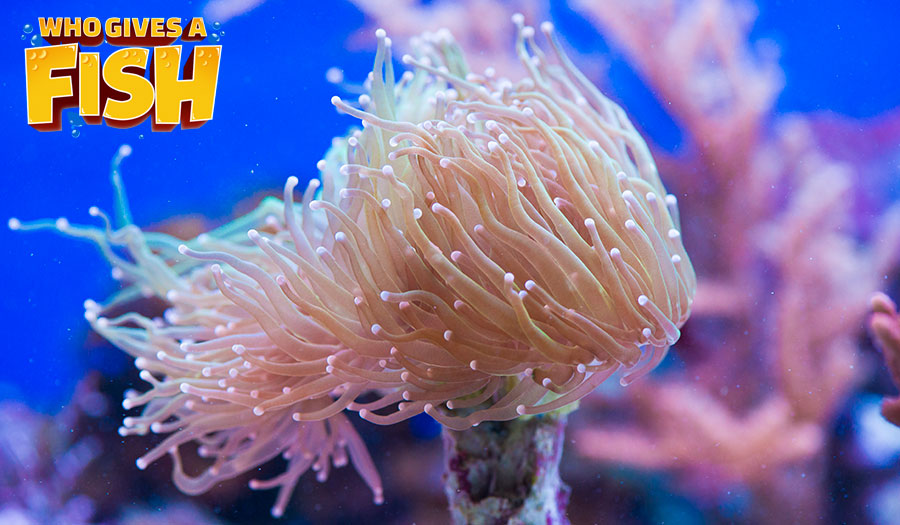 The Torch Corals add great animation to your tank

The Torch Coral is rated as being easy to moderate to look after. Providing sufficient lighting and a good turbulent water flow that is medium strength is important. The presence and availability of passing food will heavily contribute to their success or failure in your tank. Play with placing coral specimens in different parts of your tank to see which spot their favorite is. This will be seen when they fully extend their polyps during daylight hours and for feeding.

The Torch Coral, as in other Euphyllia corals and other LPS corals have developed various feeding methods. Planktonic organisms and microscopic food particles will be captured from within the water column. Dissolved organic matter will be absorbed as well. They have a symbiotic relationship with marine algae, also called zooxanthellae from where they can source some of their nutrients as well.

In your home aquarium, mysis shrimp, brine shrimp, krill and other smaller foods can be fed out. Torch Corals are able to eat much larger chunks of foods as well. Chop up or dice pieces of shrimp or whole fish and feed the whole thing to the coral. Different parts of the organism have different nutritional value, so providing all of it is important. This coral is generally hungry a lot so plenty of various foods will ensure a healthy coral is maintained.

LPS corals are male and female and will reproduce both sexually and asexually. They will reproduce in the wild by releasing sperm and eggs at the same time which results in the eggs being fertilized and turning into free-swimming planula larva. These Larva will eventually settle on some substrate becoming plankters. Calcium carbonate is then excreted from tiny polyps that are formed and will develop into a coral. Planula larvae are very vulnerable to being eaten and only few survive this process.

Species in the Euphyllia genus will also reproduce asexually. When in captivity, The Torch Coral will bud off small polyp groups that have little skeletons attached to them. They will also pinch off some of their own tentacles which will then float away and as they are sticky they will attach somewhere new and bring to life a new colony.

In order to propagate these, you will need to start by choosing a healthy Torch Coral that isn’t showing any signs of ill health or stress. Propagation is recommended to be done with an electric saw at least 1 ½ – 2” away from the top. Avoid using bone crushers or scissors as this can cause splintering of the skeleton and polyp damage.

Once fragged, attach it to a rock or plug. Coral cement or epoxy are good choices for this. Ensure that the slime from the coral does not come into contact with other corals in your tank as this will damage them. You should always wear gloves when doing this. Ensure new frags have ample water flow. Polyps will remain closed for a while before slowing opening as the new frag heals.

Euphyllia corals can often be quite aggressive when they touch other corals, so they should be kept away from other species. The Torch Coral is known to be peaceful towards its own genus but other genera from its family may be attacked. When they are hungry, they will send their sweeper tentacles out which can reach over 10” (25 cm) in larger colonies. This is a big threat to nearby corals as they have a strong sting to them. Regular feeds will help avoid this, so they don’t feel the need to search for food.