The Zebra Danio is a generally friendly and small fish. It is very rugged and able to adapt which makes it an ideal fish for the amateur aquarist. The zebra fish is a favored fish, and you can readily find it in nearly every aquarium shop around the world. They are bred in big numbers for the aquarium market. It is highly likely to find locally bred specimens if you would prefer them over imported fish. 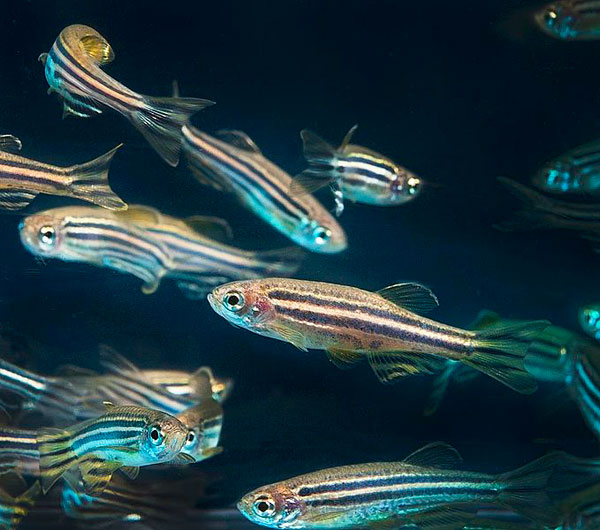 The ever popular, Zebra Danio – Source

The zebra danio has been a favored fish for quite some time and became hugely popular early due to its ruggedness, resistance to cold and being easy to breed.

The Zebra Danio is originally from eastern Asia. It can be found in Burma (Myanmar), Nepal, the Ganges Region in India, Bangladesh and east through Pakistan. It is often found in many types of water ranging from rice field and stagnant ponds to streams. The Zebra fish has also been unintentionally introduced into a number of different waters around the world and it can also be found in countries such as Colombia, USA and Australia.

There are many different variants of this particular fish available in addition to the regular fish. These forms include classical forms like the leopard danios (Also known as the Danio frankeri), the sandy zebrafish, long finned zebra fish, golden zebra fish and the albino zebra fish, but also genetically engineered zebra fish that can glow in the dark. The glowing variant is available in green, red and yellow and is sometimes sold under the name Glofish (the name has been trademarked). The Glofish was not designed for the aquarium market, but is proving highly favorable and may lead to more design species being developed for the hobby in the future.

This danio is favored among scientists, as they are the perfect model organism for vertebrates and can be used to accompany mice and rats in research. They have proven to be very useful for research and the study of this fish has constructed the basis for many new and promising medical technologies.

This species is a very inquisitive one, and as such, they will try to nibble on the hair on your arm or on your hands when you are cleaning the aquarium to see if they are able find something to eat. They also show the same behavior in the wild.

The Zebra danio is a very flexible fish that will adapt to basically any setup. This is no surprise, considering the amount of varied biotopes that are found in the wild; environments ranging from fast-moving pools to stagnant streams. Ensure you are able design your aquarium decoration to conform to the needs of the other fish species you store with your Zebra fish. They are able to be kept in a public aquarium with all manner of species that are small enough to not consider the Zebra danio as food. This fish prefers neutral to marginally acidic water.

The optimal aquarium for these fish should contain a lot of open areas to swim in, with some areas of dense vegetation and clean, oxygen-rich water. Since the Zebra is a shoaling fish, it should never be kept in groups of less than 6-8 fish. A bigger group is preferred. If kept in smaller groups, the fish will be bashful and never show its true nature. 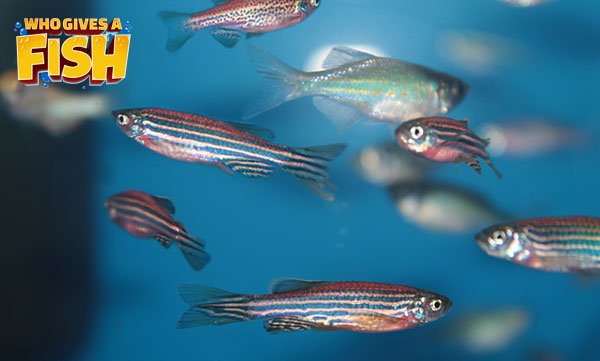 These fish are omnivores, and as such, they are extremely easy to feed as they will welcome almost any food of a notable size. The danio place very small demands on the aquarist in respect to food. They breed and thrive on a diet exclusively of (high quality) flake food. You should however try to give them a more diverse and nutritious diet. Such a diet can be based on flake food, but be supplemented with vegetables and frozen live food.

The Zebra danio, is just like any other favored danio species and is very easy to breed. They occasionally spawn in public aquariums, but it is uncommon for any fry to live. The species is an egg-scatterer that show no parental concerns. They leave behind any eggs as soon as they have been scattered, and they will eat their own fry and egg.

They can bred both in pairs and groups. Breeding them in pairs generally gives a better result as some fish in a group tend to consume the fry while others are spawning. If you want a bigger batch of fry, you should start by segregating the females and males into different aquariums. You should then condition the fish by giving them a diverse diet with a lot of live food for up to 3 weeks before taking the dynamic male and the fattest female, and move them into a breeding aquarium.

The bottom of the breeding aquarium should ideally be topped with a mesh, or a couple layers of marbles to protect the eggs from the parents. The aquarium should ideally contain a few batches of fine leafed plants. Reduced water temperature and sunlight can aid spawning. The pair that has been moved to the aquarium will generally spawn within 24 hours. It can be a good idea move the female to the breeding tank first, and leave her there for around 24 hours before adding the male into the mix.

The parents should be extracted from the aquarium once the spawning is finished to prevent them from eating the eggs. The fry are fairly small and should be fed rotifers or infusorian until they grow big enough to be able eat artemia nauplii.

They are usually peaceful but are known to be fin nippers. They are best kept in schools of 6 or more. Ideal tankmates include other Danios, Corydoras and most Tetras.