The Bala shark (Balantiocheilus melanopterus) is a very popular fish among tropical fish enthusiasts which is also known as the Hangus, Malaysian Shark, Silver Bala, Silver Shark, Tricolor Shark, Tri-color Shark Minnow etc. The Bala shark is not a true shark, instead it is a ray finned bony fish. which belongs to the Cyprinidae family. 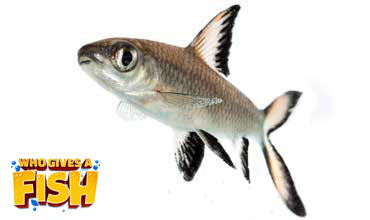 The Bala is called a shark due to its torpedo-shaped body and large fins. It’s distributed in the Mekong and Chao Phraya basins around the Malay Peninsula and in the waters surrounding Borneo and Sumatra.

It inhabits the midwater regions of large and moderately sized lakes and rivers.

The Bala shark has slender and convex body with triangle shaped dorsal fin, well defined scales, large eyes and deeply forked yellow tinged caudal fin. The sides are silver with a slight yellow sheen. The back is brown while the belly is whitish in color.

The mouth is somewhat downfacing and without barbells. The Bala shark does not reach sexual maturity until it is around 4 inches in size. It can grow up to 35 cm in length and its life span ranges from 8 to 10 years. 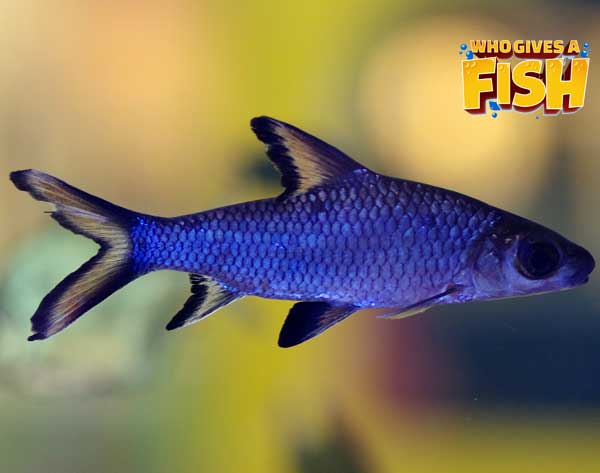 A blue and yellow Bala Shark

The silver shark is a popular aquarium fish which is easy to keep in aquarium due to its tough and hardy body. It is also appreciated to the aquarium hobbyist for its beautiful silvery coloration. At least 125 gallons or larger lank is required to keep a school of adult Bala Sharks. This particular shark does best in groups of three or more sharks in a planted tank with driftwood and rocks. The Bala is mostly peaceful but may eat smaller fish particularly sleek fish such as neon tetras when it reaches a large size. They also tend to stress shy or slow moving fish due to their constant vigorous activity in the tank.

Water pH should range between 6.0 and 8.0 but the preferable water hardness for this species is soft to medium hard that should be ranged from 5.0 to 12.0 dGH. Water temperature should be kept between 72 and 82° F. The tank should have a good filtration system and powerheads can also be used to provide plenty water movement to keep it well oxygenated. Additionally the tank should be securely covered due to their jumping ability. 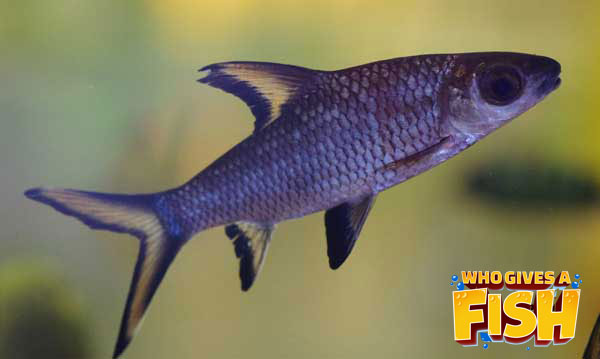 Another blue and yellow Bala Shark

The Bala shark also voraciously accepts live foods including Daphnia, bloodworms, brine shrimp, mosquito larvae and Tubifex. Vegetables such as spinach, peas, as well as fresh fruits should be included in their diet to keep your Bala’s healthy. 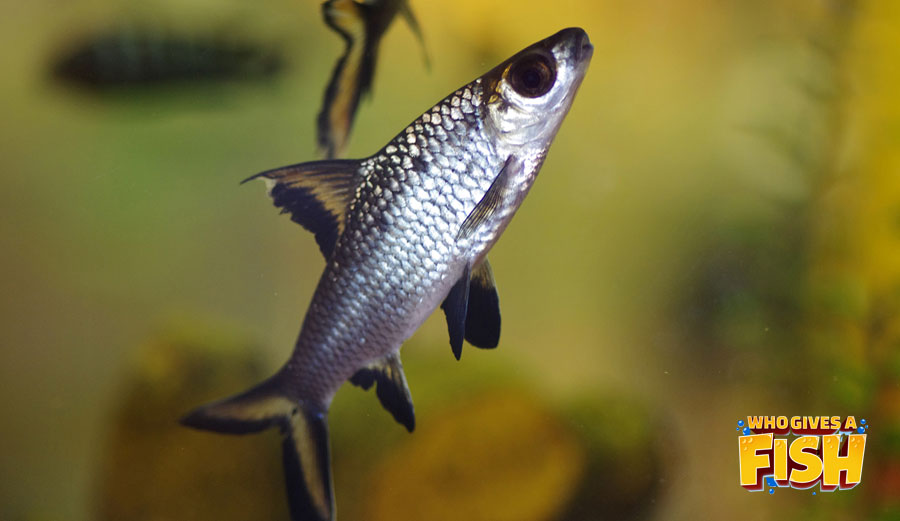 It is difficult to make the differences between males and female Bala’s most of the time. During breeding season sexually mature female Bala shark develop a noticeably thicker more rounded underbelly than male Bala sharks. It is generally a good idea to purchase five or six Bala sharks from the pet store and to observe them for signs of mating behavior. The male Bala shark tends to grow a little larger than females. With 8 or more Bala Sharks and a suitable, clean aquarium, they will almost certainly try to breed unless.

It is seldom bullied by other fish in a community aquarium. The Bala’s should not be kept with inverts, such as snails and shrimp, because these are the part of their normal diet in nature.

Good tank mates for Bala Sharks are all Gouramis, all Barbs including Tinfoil Barbs, all Danios, all Rainbows, a few Spiny Eels, one Red Tail Shark or one Rainbow Shark and a school of Clown Loaches. They are tough fish that tolerate moderate temperature changes, pH changes and other environmental factors.