The Chevron Tang, are also called “Comb tooth” or “Bristle tooth” tangs which pertain to their feeding temperament. They mainly feed on detritus which comprises of minute algae instead of the filamentous algae consumed by other tangs. The Ctenochaetus species, also known as the Chevron Tang, have numerous rows of flexible, small comb like teeth (Somewhere up to 30 teeth) coupled with a prominent, sullen mouth. 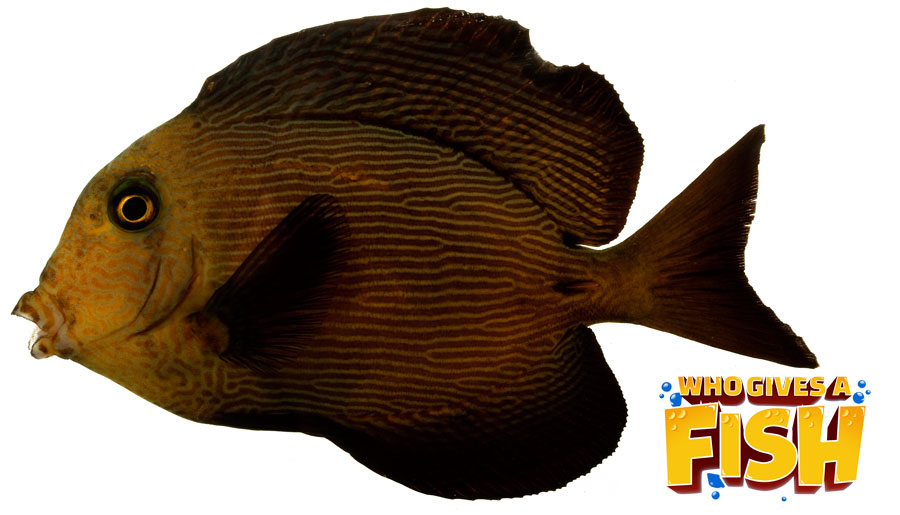 They utilize their teeth to sift and lift through several versions of detrital material and algae off of sand, rocks and other surfaces and utilize their mouths to suck the food up. In the aquarium you will often see small lip mouth on the glass where algae once was.

Just like the other members of the Ctenochaetus genus, the Hawaiian Bristletooth or the Chevron Tang has a calm manner and is usually excellent company in a public tank. It can be housed with various tank partners inclusive of some of the other genus’ of surgeonfish.

It should not be kept with combative fish or those with an identical diet or body shape. Its diet makes it a favourable companion for other placed surgeonfish like the Pacific Sailfin Tang or the Yellow Tang which are part of the Zebrasoma genus, although you’ll be required to keep an eye on compatibility.

Existing amongst the least active and smallest of the surgeonfish, one would assume that a smaller aquarium would be best suited for the Ctenochaetus. Yet as they require an abundance of amassed detritus and naturally growing food, disorganizing a small tank with live rock to aid in providing for their diet, lessens their required swimming space, while under supplying live rock makes the tank too sanitary and decreases their required source of food. For greater success in the long run in housing these fish, supplying their dietary needs is of the utmost importance. To meet their dietary requirements, they will demand a larger aquarium with plenty of live rock. It will be advantageous for them with the addition of live sand. The live sand and live rock and combined with surfaces of the aquarium glass will offer plenty of areas for nice algae growth and detritus build up to aid this frequent feeder.

This fish requires plenty of water movement, generating an oxygen rich habitat, rather than a peaceful aquarium. By being fairly nimble, it requires plenty of swimming space along with rocks and coral to present crevices for hiding and sleeping at night. It will thrive in a habitat that provides coherence, not only in water quality and conditions, but also in fellow inhabitants and decor. It can be placed in a public reef habitat, as it will not hurt invertebrates or corals. Live sand and live rock will bestow themselves to detritus build up and natural algae growth which this particular fish will relish grazing on, and makes it a useful contribution to a reef habitat.

Tangs and Surgeonfish are constant grazers and as such they require a decent diet. They are sensitive to nutritional disorders which are known to cause LLD (lateral line disease) and color loss. Adding vitamin C to their diet or adding a vitamin supplement straight into the tank water can aid in avoiding or reducing these particular ailments. They are also sensitive to bacteria that results from organic build up which can deteriorate the quality of the water. Therefore, they will require robust filtration, frequent small water changes and protein skimming.

As a frequent grazer and nimble swimmer, it will spend a majority of its time nibbling at the sand and rock as well as the aquarium glass, thereby removing detritus and algae. 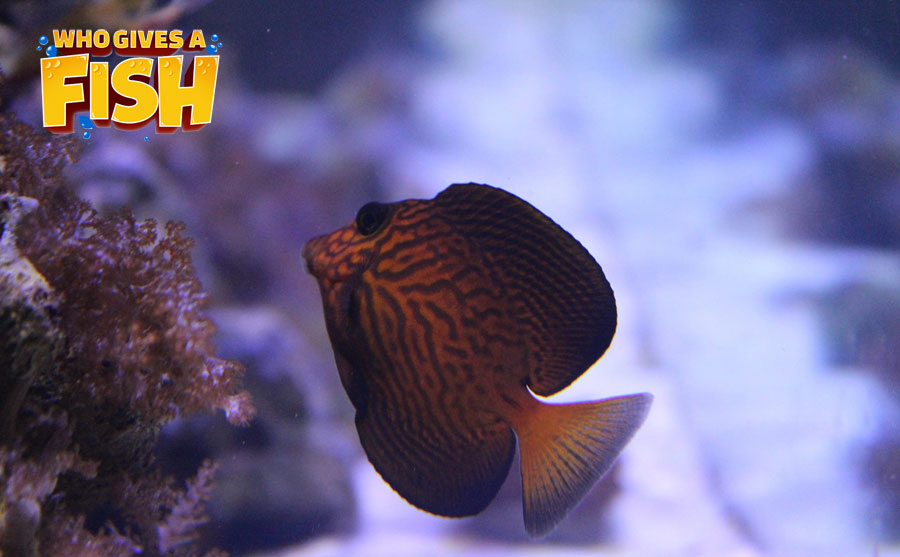 A Chevron Tang in a home aquarium – Source

Chevron Tangs are usually considered harder to tend for, but with a bit knowledge of what to look for when acquiring a specimen and by catering to its needs, you can have a happy and healthy pet. Some strategies in respect to selecting a healthy fish comprise of avoiding fish with injured fins, or more notably, those with a damaged mouth. Also ensure the fish is eating. If it grazes on the sand and rockwork of the aquarium, it can be an acceptable specimen, and also if it welcomes prepared foods.

Although the Chevron Tangs are considered to be herbivores, in the wild they feed on detritus, a slender film that sits on the substrate and contains a plethora of nutrients including diatoms (unicellular algae), dinoflagellates (minute marine protozoans), and large amounts of different organic material. While in the aquarium a generous portion of their diet will be acquired from grazing on the detritus and the naturally growing minute. Yet this source of food will not be adequate to maintain them, so will also need be offered other food supplements

A majority of their foods will be vegetable matter, however they do require a bit of meaty foods as well. Make sure to provide plenty of prepared frozen formulas that contain algae or spirulina marine algae, and flake foods and frozen brine and mysid shrimp. Japanese Nori or different types of seaweed can be affixed to the aquarium glass by using a vegetable clip. Feed 3 times a day in lesser doses, instead of a large amount once a day. As continual grazers, they will gain from this and it will also help to maintain the water quality higher over a prolonged period of time.

By providing a vitamin supplement (including vitamin C) it can aid in catering for their nutritional needs, and vitamin C can help reduce or prevent Lateral Line Erosion (LLE). This can be performed by soaking liquid vitamins with dried pellets and mixing vitamins with the food, or by adding a liquid vitamin inside the water. It is also stated that pellets that are soaked in garlic may also aid in fending off Marine Ich. A few hobbyists also note success with supplemental foods such as pre-boiled or broccoli, zucchini, spinach or leaf lettuce.

Video of a Chevron Tang

At the time of writing, no sexual variances have been reported for this species.

A few species of surgeonfish have been created in community tanks and there have been some disjointed reports of spawning in home aquariums, but normal rearing and spawning of the young has not been reported yet.

Although the Chevron Tang has not noted to have been successfully bred while in captivity as yet, this species has been seen performing pair breeding while in the ocean. Adults maintain bonded pairs while in the wild. The only species that comes from the Ctenochaetus genus that does not bond is the Yellow-eyed or Kole Tang, C. strigosus, although they too will breed in pairs.

The excellent thing about the Chevron Tang is that they are happy in a reef environment with corals and inverts and will graze on the algae. This is one of the more placid surgeonfish. Its calm demeanor makes it an excellent companion in a public tank setting.

It should not be placed with combative species, but instead more placid, peaceful fish. Avoid fish that eat the same natural diet and those with an identical body shape. While in the wild, adults maintain pair bonds, yet it is almost impossible to sex these fish, and they are best kept singly unless they are proven to be a mated pair. It can be housed with various other tank mates inclusive of some of the other genus’ of surgeonfish. The placid sailfin tangs that are part of the Zebrasoma genus can be an excellent choice, as they eat a separate sort of algae, so these two are inclined to complement each other.

If it is be housed with any tangs, make sure to add this fish first and let it acclimatize prior to adding another tang. Make sure to watch for compatibility, as the Indian Gold Ring can be a victim for aggressive tank mates and get stressed.

Tangs and Surgeonfish are known to be territorial, usually just with their own kind, but sometimes with other species.